Your cart is currently empty.
Go to the shop

It’s no secret that the digital industry is booming. From exciting startups to global brands, companies are reaching out to digital agencies, responding to the new possibilities available.

Rumors of tainted, poisoned or otherwise murderous Halloween candy handed out to unsuspecting youngsters are as much a part of the Halloween tradition as costumes and sing-song pleas for sweets. The myth goes like this—no kid is safe on October 31 because psychotic murderers may hand out tainted treats to trick-or-treating children.

But is poisoned Halloween candy a terrifying threat or an urban legend?

“Many, if not most, reports of Halloween sadism are of questionable authenticity,” write sociologists and criminal justice experts Joel Best and Gerald T. Horiuchi.

When they conducted an extensive study on so-called “Halloween sadism,”

or crimes specifically committed using Halloween treats or customs, they concluded that the threat is greatly exaggerated. Though both parents and kids are taught to be on the alert for tampered-with sweets, most of the cases the researchers analyzed were either overstated or could not be linked to Halloween itself.

Best and Horiuchi suggest that fears of Halloween sadism rise during fearful times. For example, paranoia about tainted candy spiked in the early 1980s after a rash of Tylenol poisonings in which cyanide-laced acetaminophen was placed on store shelves and sold. The high-profile crime led to the introduction of childproof containers and tough federal laws aimed at punishing those who tamper with drugs. After the Tylenol murders, which are still unsolved, warnings about adulterated Halloween candy increased.

While the fears may be overblown, Halloween crimes involving poison have occurred.

In 1964, for example, a New York woman named Helen Pfeil was arrested for handing out things like ant poison and dog biscuits to kids. When questioned, the housewife said that she was joking and that she gave the items to kids she felt were too old to be trick-or-treating. Though no children were poisoned during the incident, law enforcement didn’t find her actions funny.

The most infamous Halloween poisoning took place on October 31, 1974. That’s when a Texas man named Ronald O’Bryan gave cyanide-laced pixie sticks to five children, including his son. The other children never ate the candy, but his eight-year-old son, Timothy, did—and died soon after.

Though nobody saw O’Bryan put the cyanide in the candy, investigators learned that O’Bryan had recently taken life insurance policies out on his children. He was convicted of murder and executed via lethal injection in 1984. Though it’s been decades since the crime, the “Candyman” murder still looms large in the memories of many parents on Halloween.

“As you know,” O’Bryan’s attorney told the American-Statesman in 2009, “my client was convicted of killing Halloween.” But regardless of how horrific O’Bryan’s crime, it was no random act of Halloween havoc, since it was aimed directly at his children and their friends, not at trick-or-treaters.

Perhaps because of O’Bryan’s notoriety, parents can be still skittish when it comes to Halloween candy. Authorities can be, too—despite the fact that rumors of randomly distributed poison candy or threats like apples that contain razor blades are nothing more than urban legends.

For example, when a 7-year-old California girl collapsed while trick-or-treating on Halloween 1990, Santa Monica police confiscated kids’ candy. However, her illness was later discovered to be caused by a heart murmur and when examined, she showed no sign of poisoning.

The U.S. doesn’t have a monopoly on poisoned candy horror stories. In the 1980s, a crime ring called the “Mystery Man with 21 Faces” blackmailed Japanese candy companies with threats that it would lace their candy with cyanide if they didn’t offer large ransoms. At first, it seemed like just a threat, and stores pulled large amounts of candy from store shelves only to find that it was not poisoned.

The blackmailers struck again a few months later. This time, their threats were in earnest: Packs of cookies and candies laced with cyanide were discovered on store shelves in central Japan. Fortunately, nobody died from the poison—though the chief of the Shiga Prefecture police department eventually killed himself because of his failure to stop the crime ring. 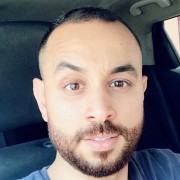 I'm John Doe, husband, father, and a tech geek. I love Photography, Arabic typography and of course Graphic Design. I'm working as a freelancer in Web Design field with experience of 11 years until now.

The game’s not big enough unless it scares you a little. Wait a minute!